CLEAR WATER: DETROIT’S RIVER REVIVAL is a documentary film that tells an inspirational story of environmental recovery.  At Detroit’s peak as a city of prosperity, population and the automobile capitol of the world, its river was one of the most polluted in the nation.  So much so, that on October 9, 1969, Detroit’s Rouge River burst into flames. Since then, the city has rallied to not only prevent further pollution, but to repair the damage that was already done.  In one fo the most remarkable ecological comebacks ever, Detroit’s river is once again home to species that have been missing for decades and has even received the American Heritage designation.  From an environmental tragedy to an international refuge, the Detroit River’s story is one of determination, resurgence, and most of all, hope. 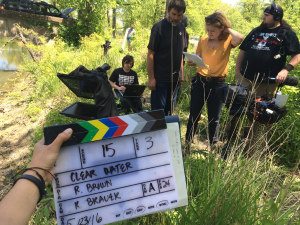 To schedule a screening: